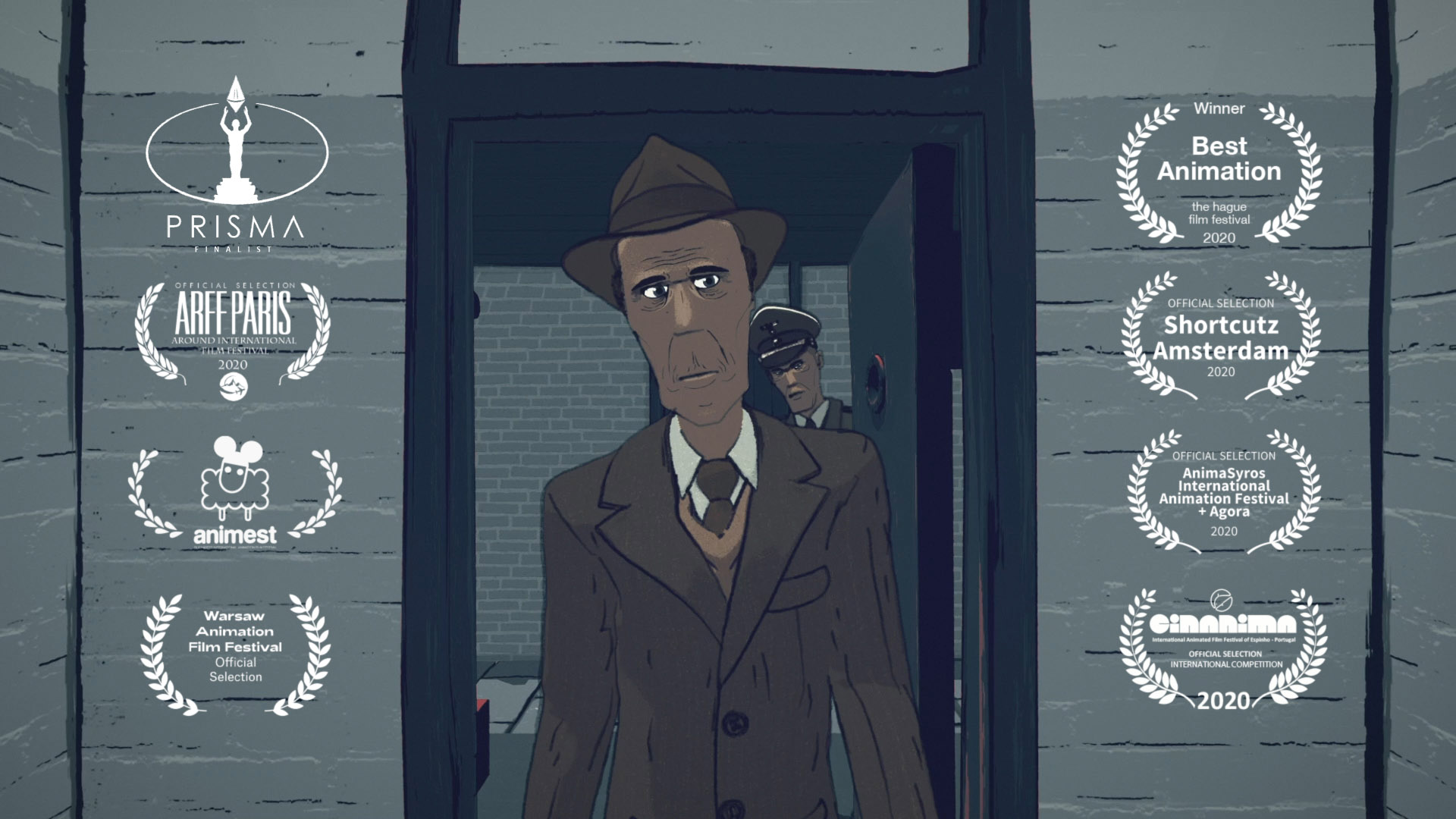 For over half a year, we worked on this 10-minute animation for the Oranjehotel Memorial Centre. This permanent exhibition shows the history of “Oranjehotel” – a nickname for the Scheveningen prison during the Second World War. The animation captures the daily pattern of the prisoners during their stay at Oranjehotel and how they were treated by the SS guards.

Between 1940 and 1945, Scheveningen was home to one of the most notorious prisons of the Nazis. The ironic nickname ‘Oranjehotel’ was a tribute to the many resistance fighters who were imprisoned there. More than 25,000 prisoners were detained here during World War II. 519 died in prison, most of them from torture. 215 people sentenced to death were taken to the adjacent dune area by truck and executed.

The Oranjehotel prison was located in Scheveningen at the corner of Van Alkemadelaan and Pompstationweg. It consisted 7 hallways with an estimate of 500 cells and each cell was 1,9 x 3,7 meters with high windows. Each cell had a foldable table, a toilet bucket and a bed. During the war one cell could take up to 5 prisoners, so it happened that sometimes there were more than 1.500 prisoners housed together in the barracks.

A moodboard of actual photos from Oranjehotel: the building, the cells, the attributes

For the film we created 17 characters based on 8 archetypes, with variations in clothes, hair and attributes. Each character went through a pipeline of multiple steps: initial design, 3d modelling, texturing, rigging, facial expressions controls, limbs and hands controls.

To grasp the spirit and atmosphere inside the prison we did profound research of the original barracks. Through collecting images and creating detailed moodboards we accomplished to stay close to the original construction of the architecture. A set of style frames helped us to find the overall mood and visual style for the animation.

From sketch to final render: each character enters many phases during the design process

Creating styleframes helped us find the global visual tone for the animation to finetune this with the client.

Left: photo of the last preserved prison cell in Oranjehotel
Right: still from the animation with the cell recreated in 3D

Left: the original hallway during WWII
Right: still from the animation with the hallway reconstructed in 3D

Animating more than 100 shots by hand would be unfeasible within the available time and budget. Also, the subtle movements and realistic movement style we had in mind asked a different approach. We choose to use motion capturing technology, a relative fast method to capture the correct body movements. At motion capture studio “Another Kind of Blue” in The Hague, we recorded all scenes with 4 actors for all the different characters. The actors wear suits with markers on their joints, that are tracked by special sensors.

The actors wear suits with markers on their joints, that are tracked by special sensors.

The several stages of a shot

From storyboard to final render

After the grand opening on 7 September 2019 the Oranjehotel Memorial Centre is open for public. The exhibition takes place inside the actual barracks, with the animation projected on a large screen.

In the former Service Apartments and various cells, the permanent exhibition tells about the prison life and prison system, but also about the occupation, the resistance, the disruption within families and the post-war dealing with the past. Impressive prisoner stories are illustrated through documents, photos, interviews and films. In a audio tour you will also hear personal stories, based on letters, diaries and memoirs. We recommend you to visit this amazing exhibition!

An impression of the Oranjehotel memorial center, with the animation as part of the exhibition

Stills from the animation “Life at Oranjehotel”