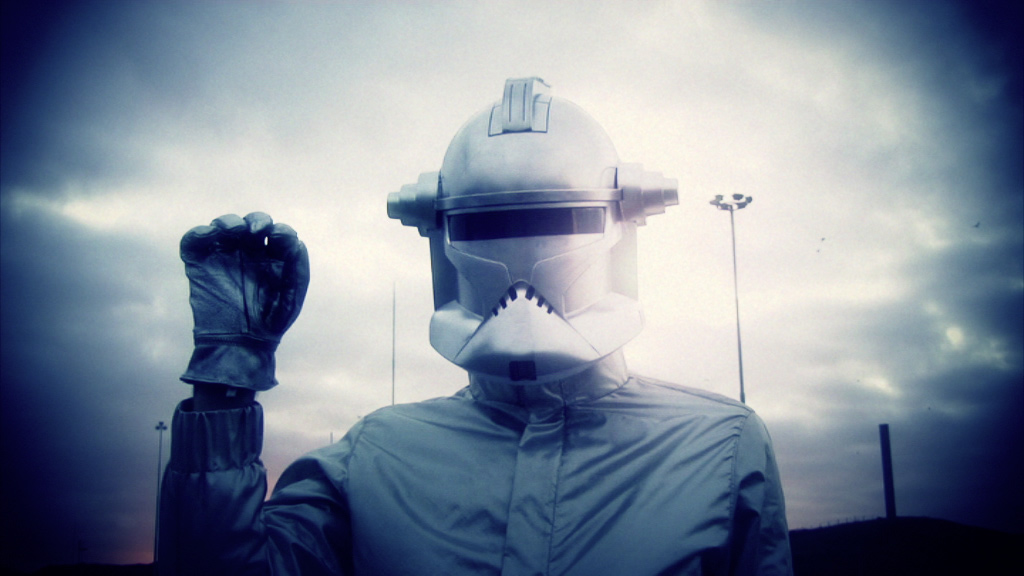 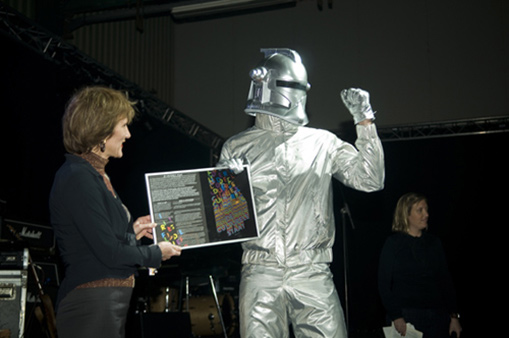 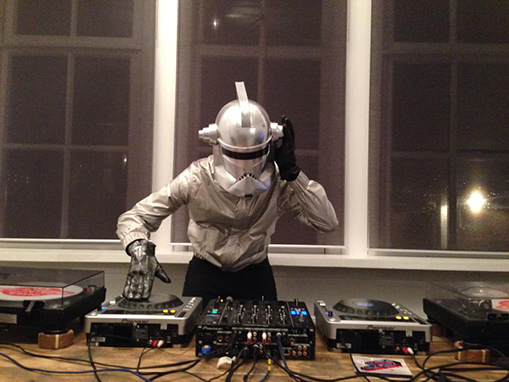 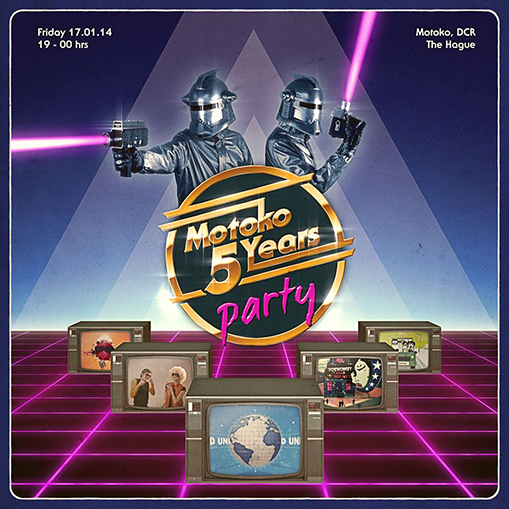 Flyer for the Motoko 5 Years Party! 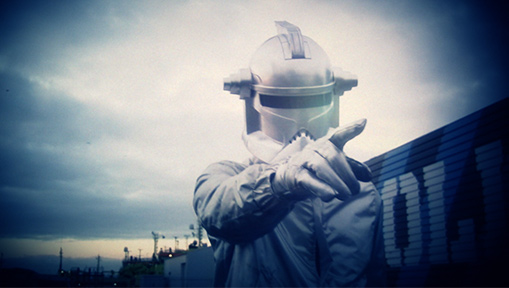 Screen capture of the 8-bit game "Kick It", Mr. Motoko gets kicked. 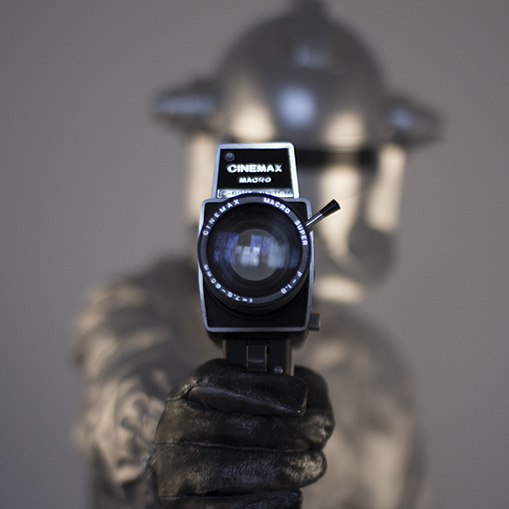